The 38th Military Circle has raised three different species of frogs; Thung Kula frogs, Nan Nan frogs, and Surat Thani frogs, which follow the philosophy of sufficiency economy. They expect people to be self-sufficient by reducing production costs by using frog food produced from natural waste raw materials and having knowledge in raising frogs in an appropriate ecosystem. They start by analyzing the resources available in the area according to the principle of moderation and rationally managing farming under limited resources. In addition, there is a plan to reduce the risks that may arise from raising frogs to prevent damage that may occur during raising that will affect both producers, consumers, and the environment theoretically of the principles of immunity for the people based on continuous knowledge development.

In this regard, the 38th Military Circle is in charge of the “Peuan Chuay Peuan” Royal Frog Breeding Center and initiates by raising three species of frog parent frogs; Thung Kula frog, Nan Nan frog, and Surat Thani frog. They have tried frog cross-breeding to prepare for quality production since October 2021 to distribute to people interested in frog species in Nan province and nearby in the amount of 150,000 per year to earn a living and lead to the stability of society. 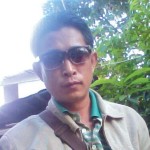